Showing posts from June, 2017
Show all

Something to Ride Against 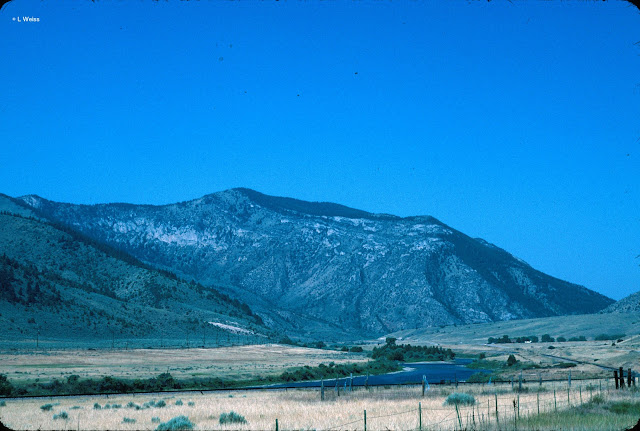 "In Montana they have blizzards that freeze cattle standin' in their tracks.  An' horses freeze to death.  They tell me that a drivin' sleet in the face with the mercury forty below is somethin' to ride against"   Light of the Western Stars , by Zane Grey There are hundreds and hundreds of miles that now lay behind us in this journey to the Milwaukee's West.  Alcazar is located 1467.5 miles from Chicago's Union Station, along these shores of the Jefferson River, winding along with the remains of the Northern Pacific.  Like many of the haunts that have rolled by in the run west, it is a name with no place - lying both in the shadows of the Rockies and the fading memories of a Nation.   Here the Rocky Mountains loom ever closer and rise ever higher.  They are aloof and unattainable but ever present and mighty.  The Continental Divide lies ahead and so does the inevitable throttle-up that will hoist tonnage to the top.   In 2003, Americ
7 comments
Read more
More posts