Showing posts from July, 2011
Show all

All the Romance of the American Railroads 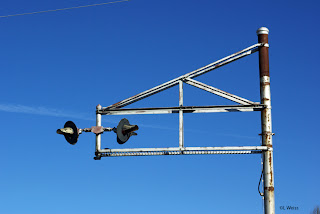 The train was slowing down.   They slid past sidings full of empty freight cars bearing names from all over the States – ‘Lackawanna,’ ‘Chesapeake and Ohio,’ ‘Lehigh Valley,’ ‘Seaboard Fruit Express,’ and the lilting ‘Atchison, Topeka and Santa Fe’ -- names that held all the romance of the American railroads. ‘British Railways?’ thought Bond.   He sighed and turned his thoughts back to the present adventure. From:  I. Fleming, Live and Let Die , 1955 It's been a long time since that unexpected piece of prose landed in the novel, Live and Let Die .  It was a romantic look at the American Railroad experience from an unexpected source, though its heartfelt poetry is undeniable.  It's easy to imagine yourself in Bond's place, rolling south along the Eastern Seaboard as those names that speak of far away places on 40 foot boxcars flick by outside.  Now, more than 55 years later, all of those names are consigned to the historical record.  In some bit of irony, the fictiona
4 comments
Read more 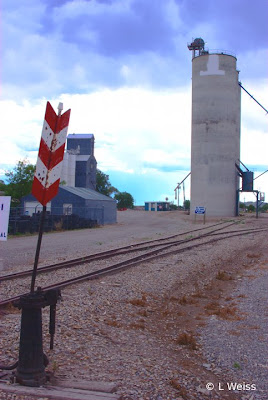 The day was July 4th, the year was 1909. The Milwaukee Road had been working on its Pacific Coast Extension since 1906 and by 1909 had finally achieved its goal:  the PCE was connected end to end.  On July 4th, regular freight service started across the West on the newest, and for America the final, transcontinental railroad. The Milwaukee did its part to spurn a new round of western settlement.  Small towns were generated along the mainline and out along the branches as well.  This settlement and renewed interest in farming coincided with other parts of the country:  the prairie lands of Kansas and Oklahoma were experiencing above average rain falls and the price of wheat was increasing dramatically.  It is interesting to consider all of these events actually playing out at the same time across different parts of the country.  The booming economy would crash 20 years into the future, but in 1909, the West raced onward and upward. The picture shows Choteau, a small farming town ou
3 comments
Read more
More posts