Showing posts from July, 2015
Show all

Far from Home, but not Forgotten 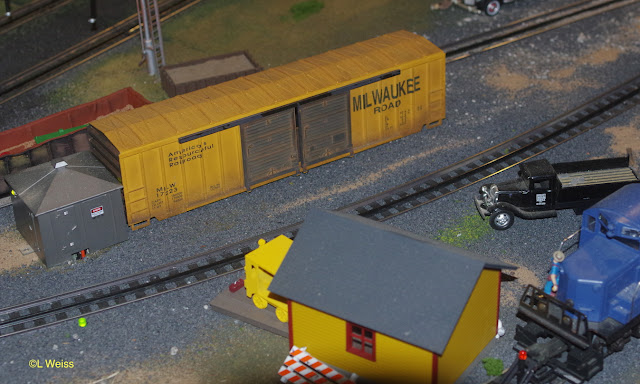 In years past it was easy to spot the fading yellow hopper cars or boxcars that still proclaimed, "America's Resourceful Railroad" as they meandered North American rails.  Some were subject to the occasional over-painting that covered the slogan or even the name of the old railroad itself.  Still, to the careful observer, the Milwaukee cars were an interesting and notable addition to any train rolling by. The yellow color selected by the Milwaukee was the same as that used by the Chessie Railroad, so-called  "Federal Yellow."  It was a significant departure from the boxcar reds or grays that the railroad had used so often before.  It was distinctive then, and remained so long after the railroad disappeared from its passes to the west coast.   In the year 2015, the old yellow cars are harder and harder to spot.  In many cases, these cars have aged out of the expected 40 year life span, and are likely to be increasingly rare.  Many miles from home rail
3 comments
Read more
More posts