Showing posts from April, 2011
Show all

Guts and Hustle Muscle in Montana 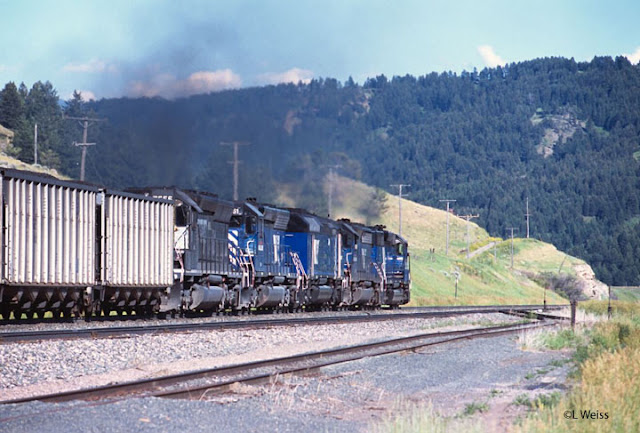 It's been a few years now, but there was a time not so long ago when solid sets of 20 cylinder diesel locomotives could be found pouring their guts out doing what they always did best.  Even further back than that, these beasts could be found on railroads across the entire U.S.  When these pictures were taken the year was 2005 and there were but a few remaining daily users.  The SD-45 (and its close relative, the F45) was quite a machine, and Montana Rail Link used them as they were always intended, even in their fifth decade of service.   "Hustle Muscle" was the nickname applied to first SD-45, owned by the Great Northern.  Other nicknames have included flare-45 because of the unique flared radiators at the rear of the unit.  These flared radiators were necessary to provide the extra cooling capacity for the large 20-cylinder diesel that EMD installed under the long hood.  The 20 cylinder diesel made only a brief appearance in the EMD lineup and sales of the 45 series
9 comments
Read more 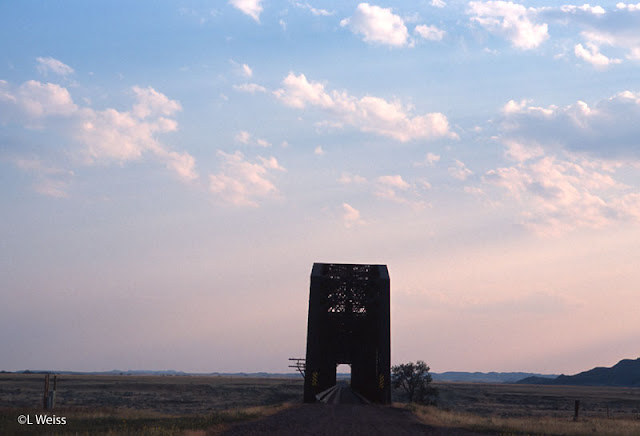 The pages of many books are filled with images of America's final Transcontinental railroad.  They show high mountains and electric locomotives from the West, or perhaps vast corn fields and grain trains from the Midwest.  Streamlined Hiawathas that were photographed at speed through Wisconsin countryside are reproduced faithfully.  Little Joes engaged in an assault on the Bitterroots show the grittiness of a heavy mountain railroad as sand flies from around the running gear.  Wherever the locale or whatever the subject, most of the images recall a Milwaukee Road that doesn't look anything like this:  the Badlands. The Badlands are a harsh environment.  Filled with dry sage and dry hills, these inhabit eastern Montana as part of the Milwaukee's journey west.  Shown in the above photo, the Resourceful Road crosses the Yellowstone River at Kamm, MT into a big sky beset with the pastel colors of a dipping summer sun.  Soon the cool of night will engulf the badlands and the
4 comments
Read more
More posts