Showing posts from August, 2007
Show all

Where the AC Flows 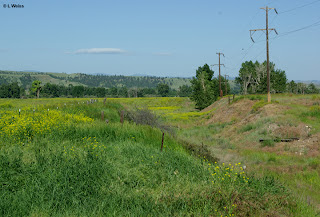 With the crossing of two mountain ranges behind it, the Milwaukee pushed west toward the Bitterroot mountains along the Clark Fork River. Nearbye the Northern Pacific, its rival and original line to the Pacific Northwest, traveled as well. Envisioned in a time where travel was by rail and not air or blacktop, America's final transcontinental railroad boldly executed a plan to transform itself from its modest Midwestern status. Somewhere along the timeline of history, things began to go poorly for the railroad. Perhaps it was a lack of maintenance or quesitonable leasing practices designed to impact the bottom line at the expense of long term viability. Or perhaps it was simply that folks in the offices back in Chicago got tired of their western reaches, packed up, and went home. But not before they sold everything and anything of value. From the rails, old substations, and lands, to the trestles that spanned the enormous gorges of the western mountain crossings, all were s
Post a Comment
Read more
More posts