Showing posts from May, 2008
Show all

Loweth and the Belt Mountains 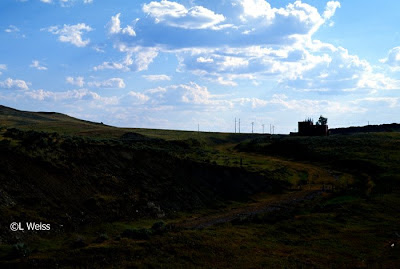 The sweeping compound curve of the Milwaukee's attack on the Belt Mountains is as obvious today as it was 30 years ago when some of the last trains passed this way. In better times, telegraphy and catenary poles dotted the right of way through here while Little Joes and Boxcabs plied the rails between them. At the crest of this, the first of five mountain ranges, the ancient substation at Loweth still stands watch over the now silent right of way. Cows quietly munch the grasses at its feet as they pick their way carefully through the foundations of the crew houses that remain here as well. Loweth, and the crest of the Belt Mountains, stand in the quiet Big Sky country of Montana. Here the rainy season is short and the summers are hot and dry. This is rattlesnake country. Track crews would often walk the line with snake sticks to fend off the wildlife. Even without the ghosts of an abandoned transcontinental railroad nearby, there is an undeniable loneliness to the landscape.
3 comments
Read more 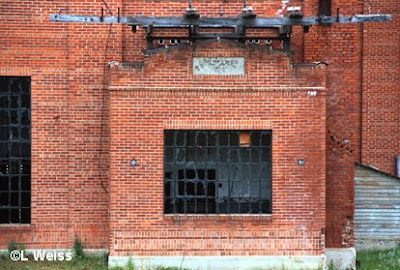 If nothing else, the decision to push the modest granger railroad, known at the time as the St. Paul Road, west to the land of the Pacific Northwest was bold. Very bold. In its path were two well established competitors in the form of the Northern Pacific and the Great Northern. Both had already laid vast claims to coastal traffic before the Milwaukee Road even considered its Pacific Coast Extension. Not only were there two established competitors, but between the Midwest and the Northwest lay several mountain ranges that would require enormous engineering and construction efforts to cross. By the time the route was finally selected, the Milwaukee would cross five ranges. Yet, in spite of these obstacles, the decision was made to go west and then undertaken with all practical speed and the best construction techniques available. To accompany the push west, the Milwaukee established an all out marketing blitz to encourage farmers and others to move west along its new lines. Th
2 comments
Read more
More posts