Showing posts from April, 2009
Show all

There are few places west of the Dakotas where the rails laid as part of the Milwaukee Road's expansion to the coast are still in place.  When found, they tend to be in small segments like the small portions found across the Idaho panhandle or around Othello, WA.  Out in the grain fields of Montana, the story is much the same.   In this "Golden Triangle," where the Milwaukee pulled a great deal of traffic in its times before retrenchment, most of the old lines are relegated to photographs and memories.  There are, however, a few segments left in operation.  The Central Montana Railroad operates part of the old line that linked Lewistown and Great Falls.  The line now stops well short of Great Falls at Geraldine.  West of Great Falls, the BNSF operates a few miles of old Milwaukee trackage as well.  It is here, just south of a small town named Fairfield, we find some remains that look back at what the Milwaukee left behind. Broken ties and frost heaves are common on this
2 comments
Read more

Legacy in the Canyon 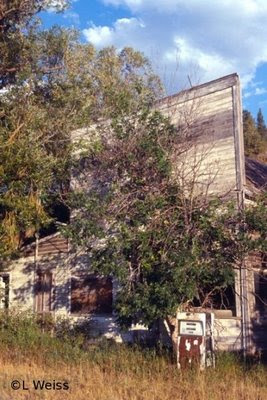 Under wire since leaving Harlowton, the Milwaukee Road mainline to the Pacific Coast began working its way through a series of mountain passes and river crossings.  The Belt Mountains were the first to be crossed and from there the old Pacific Coast Extension dropped south and west toward Three Forks and the Rocky Mountains that lay beyond.   The country in this part of Montana is stunning.  From the Belt Mountains, the Rockies rise solemnly in the distance as the mainline bends and twists its way down toward the Missouri River.  The old line follows (for the most part) the path laid out by Montana's Jawbone Railroad that was purchased as part of the Milwaukee's push west.  Small towns like Lennep and Ringling are plotted along the line before it turns into 16 Mile Canyon. 16 Mile Canyon is famous for some of the Milwaukee's publicity shots.  It is here in the canyon that Eagle's Nest tunnel is located.  This was often a favorite photo location due to the close proxim
3 comments
Read more
More posts