Showing posts from October, 2007
Show all

The Other Wheat Country 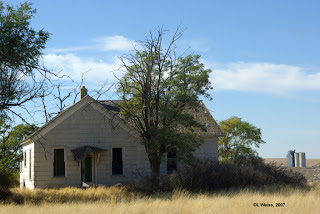 While many Milwaukee road enthusiasts, myself included, think of Northern Montana as the Milwaukee's foray into the wheat fields of the west, there was another. In the center of the state of Washington, the Milwaukee plotted a course through the Rocky Coulee and up onto the grain producing lands of the Evergreen State. Occasionally called the "Wheat Line," it was small rail, 40 foot boxcars, and sagebrush to the very end. And, unlike some other wheat branches, it lasted to the very end. The boxcar unit trains that plied the weeds through the coulee in the late seventies must have been a site to behold. A few pictures remain in some publications, but overall, the line seems to have lived in relative obscurity. Like the central part of the state itself, it was largely ignored by fans of mountains and electrification. At the end of the line stands the elevator of Marcellus, WA. At one point, Marcellus boasted a locomotive wye and water tank. Now, it is almost imposs
2 comments
Read more 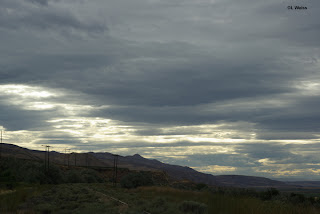 In my mind, I can see them: the pictures taken so many years ago of snow-blown dead freights struggling across the Central Washington desert. Some with lashups of tired old GP-30s and U-boats. Others stopped short of their goal when crews ran out of hours to be operating the train. The cold wind seems to blow right out of the pictures along with the icy needles of the driving snows. Here at Taunton, you can find old pictures of trains sitting and waiting for a relief crew to arrive and ferry them to Othello. Sometimes they'd sit for a long, long time. These photos come from the Milwaukee's final winter in the west. It has been rumored that the winter of 1979-80 was a harsh one. The Railroad had been in bankruptcy since late 1977 and the gradual slippage of its condition throughout the early seventies had worsened considerably. Perhaps that winter felt all the more cold and heartless because of the railroad that ran through it and the sad and dilapidated state it fou
Post a Comment
Read more 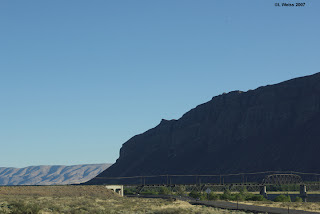 Many years ago a small town existed at the base of the Saddle Mountains along the shores of the large and powerful Columbia River. It was named Beverly and it marked the Milwaukee Road's crossing of the mighty Columbia across an enormous bridge that only Western Railroads could envision. The station and crew houses were well kept and a set of boxcab electrics was kept ready to assist trains to the top of the Saddle mountains. The climate was harsh in this small Central Washington town. Breathtaking winds raced through the Columbia River Valley and across the brutal desert that surrounded it. The saddle mountains loomed tall and dark around the town and sage brush spotted the dry earth on all sides. But there was a pipeline to the outside world. It brought people to Beverly who lived and worked there and was a link to the world that didn't live in the shadows of the mountains. The world beyond Beverly was the world that didn't exist in the lonesome high desert. It w
2 comments
Read more
More posts