Showing posts from April, 2007
Show all

A Sea so Big 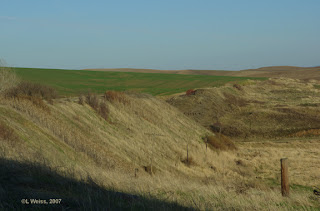 I know a girl. She's a good kid who grew up in Eastern Washington and has spent most of her years somewhere in the eastern region of the state. She can be silly or serious, engaged or wandering, rooted on the ground or have a head in the clouds. She knows Jesus and follows him even when things tells her not to. She's a good kid. She's listened patiently to my ramblings about the disgraces of The Milwaukee's abandonment; how I perceive the management to have acted inappropriately and in the face of obvious facts. She's listened to me pine for a better alternative than driving across the state of Washington on I90, or hopping on a passenger train in Spokane at 2 in the morning. She's listened and been fascinated by my recounting of the tale when I stepped into a darkened tunnel #45 in the Saddle Mountains and found myself to be in the presence of something far bigger than myself. All of these things she's listened to and internalized, but she'd nev
Post a Comment
Read more 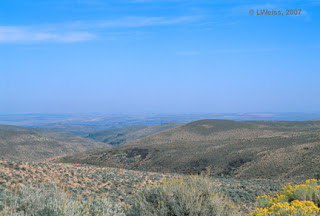 Several years ago I sat in the back seat of a small sedan, headed west on I90 across the state of Washington. The rolling wheat fields of the palouse gave way, as they always do, to the harsh scablands and desert of the arid center of the state. Sagebrush and harsh sun mark the summers in this part of the country, and mock Washington's "The Evergreen State" slogan. As I90 began its descent into the Columbia River Valley, my thoughts turned to an old friend we'd soon see again. Just as I90 plows its way up the grueling west slope out of the Columbia River Valley, the Milwaukee Road begins its assault on the Saddle Mountains just a few miles to the south. The old roadbed passes names with no places, like Doris and Cheviot, and crests its 2.2% grade at Boyleston , then crosses I90 at Renslow as it parallels the interstate into the Kittitas Valley. In different times, passengers aboard the Columbian or Olympian were treated to views of Mt. Rainier as the lush
1 comment
Read more
More posts