Showing posts from June, 2014
Show all

Those Magnificent Quads ... in Iowa 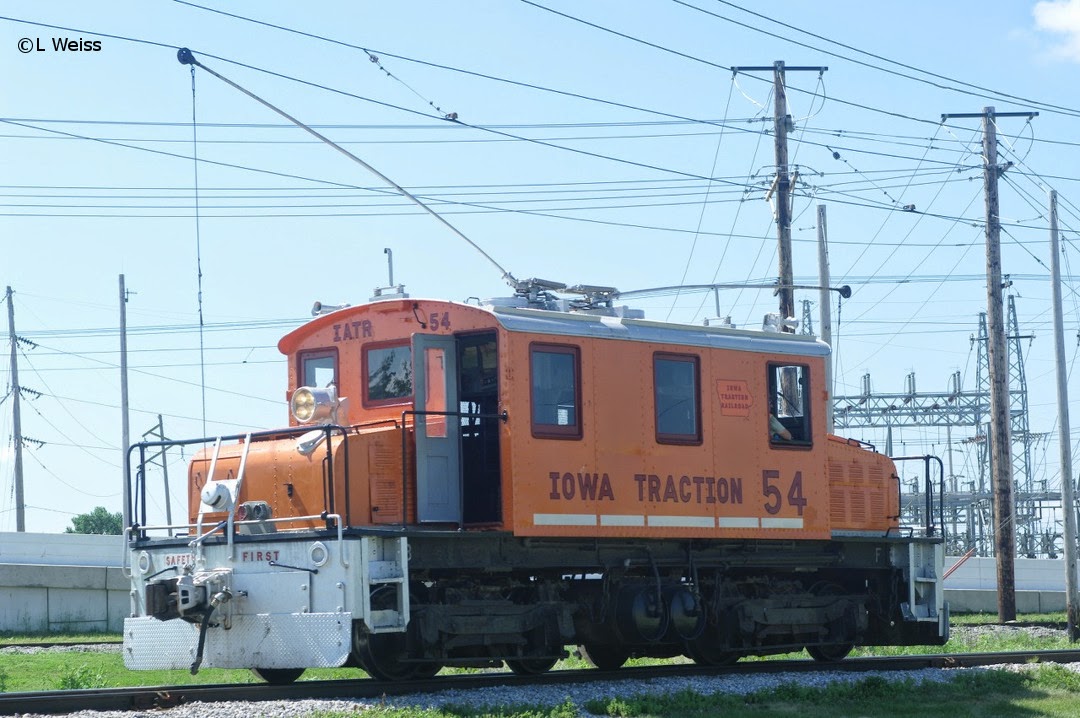 Those Magnificent Quads  were a distinctive feature of Milwaukee electric locomotives.  Even now, the remaining Little Joe in Deer Lodge sports a lighted quad as part of the static display of Milwaukee Road motive power.  The Joe rests north - south, 180 degrees (and a few city blocks) out of place from the mainline it ruled.  The headlight shines only on low power, and the dimly lit scene before it never changes.  It is a far cry from the glories of times past when high power lumens cut through miles of dark tunnels or charged up the formidable grades of the Rocky mountains.  But the Quad exists still today, and even in static form, is something quite special. 1100 miles to the east, another set of quads yet roams.  The Iowa Traction Railroad runs the quad arrangement on its own electric locomotive, #54.  54 was built in 1923 by Baldwin Locomotive for the Southern Iowa Railway [1].  Interurban lines once criss-crossed the Midwest, Iowa Traction is essentially the last and runs
Post a Comment
Read more
More posts