Showing posts from February, 2011
Show all

Heat of the Day 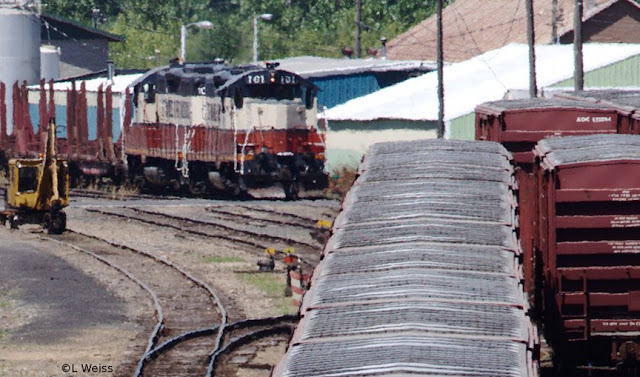 Milwaukee memories abound in this photograph of a hot summer day in St. Maries, ID.  Two GPs that trace their lineage back to days of orange and black stand ready to haul empty log cars to the reload.  The log cars themselves can trace their heritage back to the Milwaukee.  Even one of switchstands among the many yard tracks still bears the chevron markings of its former owner.  Pictured here is the St. Maries Railroad in its final summer as a log hauler, 2009.  It's a hot day, and the rising heat is captured through the lens of a big telephoto.  The final image is distorted, but says "summer time" just as clearly as the smell of creosote.  Though the St. Maries RR remains in place to haul wood products from producers in St. Maries to the Union Pacific connection at Plummer Junction, the days of ancient log cars traversing the Elk River Branch are over.  The flats have been torched, and the line south of St. Maries is quiet but for the continuous sounds of the nearby r
2 comments
Read more 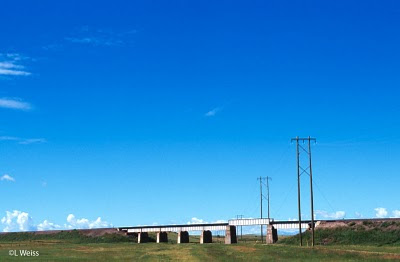 Out on the Montana plains, near places with names like "Straw" is the Milwaukee Road's old line to the Golden Triangle:  one of the country's breadbaskets. The Milwaukee Road plotted two mainlines across Montana.  The first, the main through Harlowton, Three Forks and Butte.  This would be the east-west transcon where the Little Joes roamed.  There was a second mainline considered by the Milwaukee as well, a northern route through Lewistown and Great Falls.  The line between those two cities was built and operated throughout the life of the Milwaukee Road as a critical feeder to the main artery at Harlowton.  The full vision of this second main was never realized, although the line was surveyed out across the Rocky Mountains.  Two large stations were built on this secondary main that symbolized the importance of the line, although in some sense, an importance not realized in the original sense.  Today the two large stations stand at Great Falls and Lewistown.  The d
2 comments
Read more
More posts