Showing posts from August, 2014
Show all

Last Run of the Wheat Line 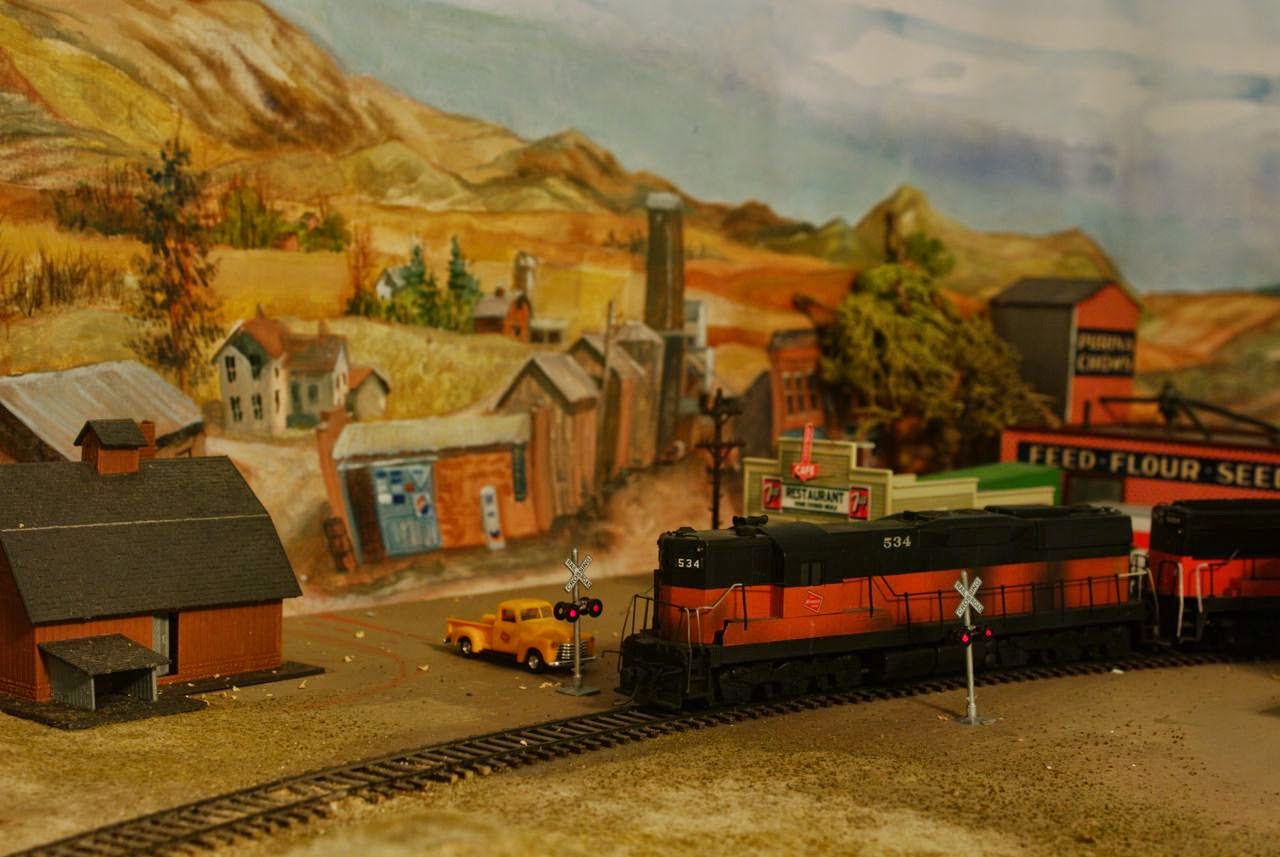 Most often, this site considers the "real" Milwaukee Road in images that record what it left behind.  On occasion, however, the focus drifts to the world of a re-created Milwaukee Road in the form of models that bear the Resourceful Railroad insignias. Recently, my own Wheat Line (Warden, WA to Marcellus, WA) hosted its final run because of an imminent move to a larger scale.  The outbound run out to Marcellus is just a caboose hop, with the final cars being pulled from the line as the train works its way back to the transcon at Warden (all locations simulated ... poorly). Unlike the real Wheat Line, 100 ton hoppers were allowed as far as Ruff, WA in this version.  For the most part, however, the 40 foot grain boxcars still ruled the branch line, resplendent with rib sides and Billboard lettering. For your enjoyment, the documented final run of the Wheat Line: Milwaukee 534 and 5054 leave the mainline at Warden and head north and east out along light rail:
8 comments
Read more
More posts