Showing posts from May, 2016
Show all

The Headwaters and Hope 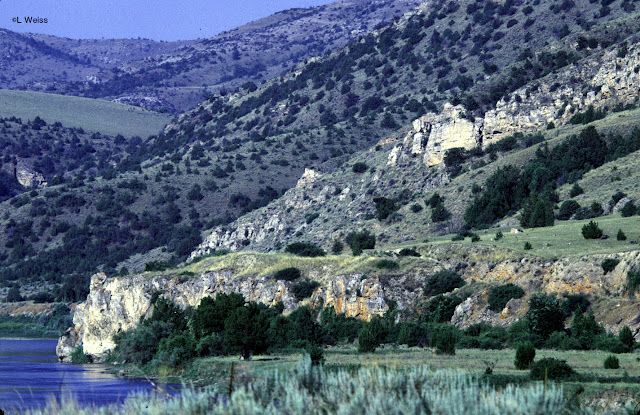 Crossing the Missouri at Lombard, the Road turns and rolls down the west bank of the mighty Missouri River.  The mainline finds a much smaller river here than its mainline crossing at Mobridge, or even its secondary line crossing at Chamberlain, SD .  The river length itself is over 2500 miles long.  It begins here at the feet of the Rocky Mountains and heads east, through the open grasslands that awed Lewis and Clark, down amongst the fertile fields of America's breadbasket, and into the Mississippi at St. Louis.  The railroad itself is more than 1400 miles into its own journey, but where the river stops, and the waters no longer flow towards the Mississippi, the old transcon will push further up and further in. The headwaters of the Missouri lie now at the very doorstep of the mainline as it makes its way to the small town of Three Forks.  The land is already more rocky and arid, approaching the rain shadow cast by the Rockies.  Three Forks was named for the three rivers
2 comments
Read more
More posts