Showing posts from November, 2007
Show all 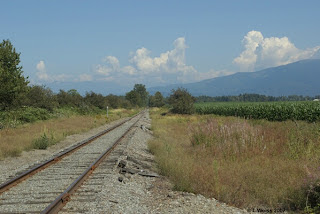 In the lands to the west of the great Cascade Range, beneath the watchful peak of Mt. Baker, lie the rich farm lands that exist in the heavily watered region of Washington State. A far cry from the high desert of the center of the state or the bleak rain shadows east of the Rockies, this pocket of land is known for its corn fields and dairy farming. To this land, the Milwaukee went as well. The rails the Milwaukee owned in this country near the Canadian border were somewhat unique in that there was no direct connection to the rest of the Milwaukee system. Early in the years of the Pacific Extension, the Milwaukee had purchased the system from a local railroad who had constructed lines from Bellingham north to the Canadian border. For many years the Milwaukee accessed these far flung rails via ferry in the Bellingham harbor. As a concession of the BN merger in 1970, trackage rights were granted to the Milwaukee to access them via the BN line from Seattle to Bellingham, thus making
4 comments
Read more

By the Shores of Rock Lake 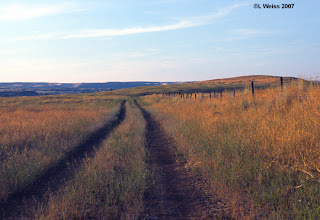 Where the rolling wheat fields of the Palouse run into the high desert scablands of Eastern Washington and the tall grasses become dry sage brush lies the deep and quiet Rock Lake. Even today, in this era of vacation homes, it remains much as it always has. Perhaps because of its remoteness and isolation it remains this way. Or perhaps, it has just been forgotten by developers who have concentrated on more hospitable environments like Cheney. Whatever the case, to travel to Rock Lake requires effort and to see the path that the Milwaukee laid out along its shores requires more still. Even when America's final transcon was still running trains, those who journeyed here to photograph them were few in number. Now there seems little reason to travel the grassy paths along farmer's fields to reach the reclusive lake, and with private property sprinkled along the lake's banks, little opportunity as well. Still, those who make the journey are treated to what few have seen.
1 comment
Read more
More posts