Showing posts from August, 2006
Show all

Late to the Party 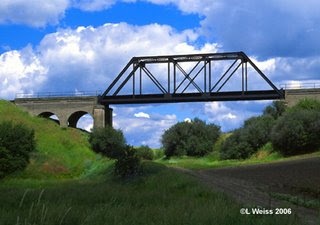 When the decision was made to push the large, but modest, Midwestern line known as The Chicago, Milwaukee, and St. Paul Railroad to the northwest the year was 1905. Already 22 years after the Northern Pacific had driven its golden spike at Gold Creek, MT. Still, the railroad looked at its Western Extension with optimism, electing to electrify large sections of its line across the mountains to the west. Still, despite this optimism, it's hard to argue the Milwaukee wasn't late to the party. While some of its extension tapped the fertile wheat fields of central Montana (and over time these central Montana lines would prove to be its most profitable of the entire extension), most of the extension entered into environments already well developed with rails. In the wheat fields of Eastern Washington this scenario was played out with the NP and UP both vying for supremacy among the rolling hills of The Palouse. Secondary players contributed to the juggernaut of rails that encom
1 comment
Read more 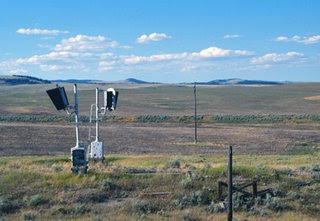 It was a clash of timelines. The year was 2003, on a hot Montana summer day in late July. I had risen early that day and pointed the truck west along dirt back roads to follow the abandoned Mussleshell Division of the Milwaukee Road as it ventured west toward Harlowton. I joined US12 at Forsyth and continued my trek through old towns named Vananda and Sumatra. The fading signature of the Milwaukee followed closely, marked by a continuous dirt rise in the ground or occasional bridge that was left in place when the tracks were removed. I veered from US12 at Harlowton, now following the old electrified Rocky Mountain Division. Toward Ringling we ventured, through the towns of Martinsdale and Lennip on the way. A few miles west of Lennip, where the old railroad closely follows the state highway, I found two signals standing alone and neglected. I stopped and took this photograph that seems to looks across and through periods of time. Seen here are the remnants of America's f
Post a Comment
Read more
More posts